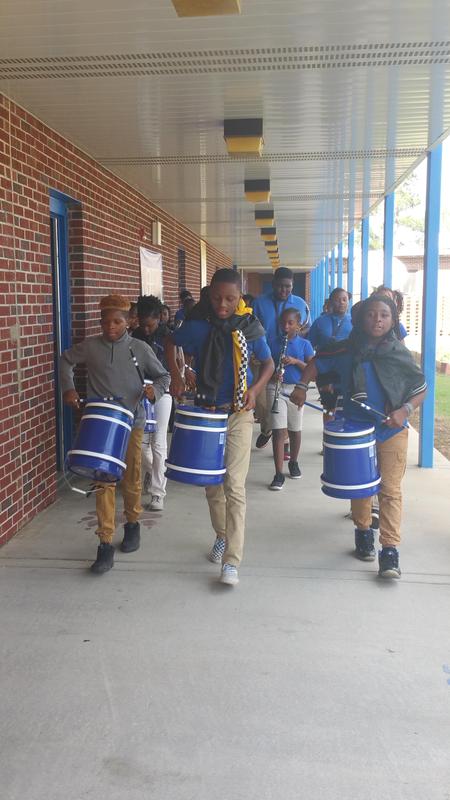 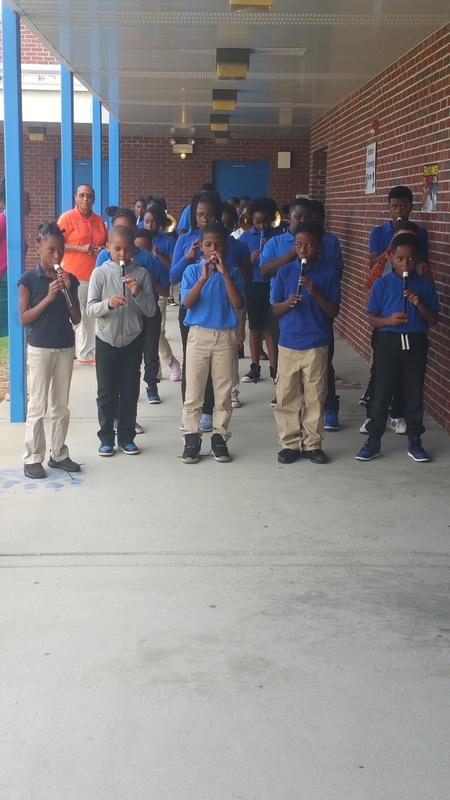 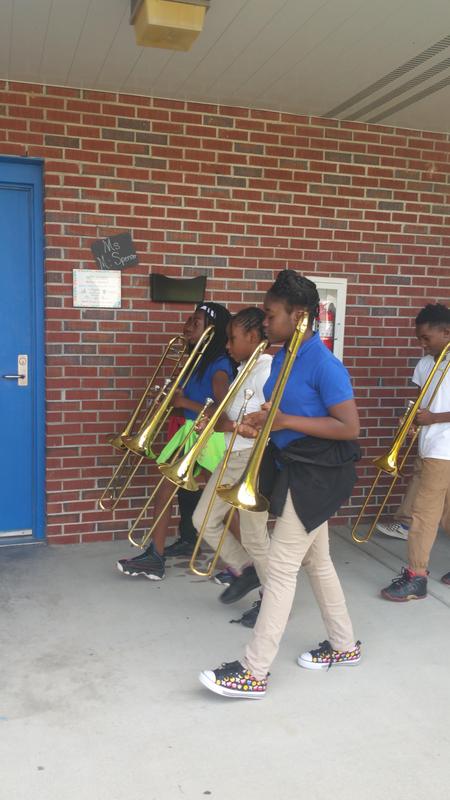 Thanks to a grant the school received, the fifth graders are learning how to play the clarinet, flute, alto saxophone, trumpet, and trombone. They are learning such skills as; correct body posture, proper instrument carriage, breathing and airstream, and producing the essential tone.


Research has found that learning music facilitates learning other subjects and enhances skills that children inevitably use in other areas. Making music involves more than fingers playing a musical instrument; music stimulates language development and is also socially advantageous to young children.


The students played their instruments in the Lee Central High School’s Homecoming Parade recently.  Reginald Epps said that he was very pleased with their performance in the parade, and Daryl Robinson, Jr. said that he gained a lot of confidence in his playing ability by participating in the parade.